Situated in Professor Woolworth’s own Mansion just outside Oxford, few companies can compete when it comes to academic depth and weight. Amongst their ranks are numerous Professors, Doctors and other acclaimed experts in the historical, ethnographical and anthropological fields of knowledge. Anybody thinking that this would have a somewhat calming effect on their missions is definitely wrong. The Mailmen apparently had no insight when it came the physical and mental experience demanded by undercover work. With a never failing enthusiasm and bravado these pen pushers and bookworms went to the world’s most dangerous locations, dressed in tweed and armed with things like an umbrellas with hidden rapier blades and derringer handguns. Even in the darkest hour of war and most horrible battlegrounds the Mailmen would act like they were on a field trip. They also had the world as their working area and Mailmen could be found on any location, the more exotic the better.

A story claims that during the battle of Arras a British Captain of the armoured forces meet a number of “British Gentlemen in civilian clothing” who was having tea at a graveyard right in the middle of the battlefield. When the captain asked about what they were doing they became evasive, but he could see that they had dug up a number of graves. As German armour showed up the Captain went back to his tank and the gentlemen finished their biscuits. He later met them at Dunkirk where they tried to squeeze two heavy crates on a rowing boat, despite loud protest from the soldiers trying to get out alive. The captain later got recruited by the Rams where his story was highly appreciated and obviously connected to the Mailmen. Surprisingly often the Mailmen’s missions were a success, but their history also harboured many disasters.

It would be a great positive exaggeration to call the Lord an ineffective OFR company commander. A lot of the problems the company had could be directly connected to his erratic and absent minded personality. Unfortunately he possessed a powerful aura of false competence and had fantastic political connections. On the plus side for the company was that he liked to travel and go on missions himself, which led to that his secretary, the highly effective Mrs Ironside, managed the company most of the time. The Lord was a well known expert in the history of Vikings, though he had opinions and theories about most historical matters. Being a very energy filled person he also nurtured a large number of hobbies; from kayaking and fly fishing to sheep dog training and stamp collecting. These hobbies came and went from time to time and had an unlucky influence on the operations. If he was on the hunt for a specific Italian coin there would soon be a team sent to a strange mission to Rome with a instruction to pass by a specific collector’s store. Some kind of record was set when the Lord himself led an expedition to the North of Sweden in search for “Gindinger the paranormal trout of Samish folklore”. Most of the Mailmen agents show a similar point of view and many successfully tried to get their own personal interests into their agenda.

After disasters like the Istanbul shootout it was easy to laugh the Mailmen away, but they also had several successful missions and they gave the whole organisation a solid base of knowledge. Far from all its members ware academics, in their ranks were many other professions and peoples with desirable skills. Almost all of the team leaders were however academics, even in teams with experienced officers or former intelligence operatives. Sitting on high theoretical horses gave the Mailmen a bad reputation of arrogance. Despite the fact that they were often needed for their expertise the other companies mostly disliked them. Even though led by bookworms the teams showed a strong bravado and never lacked in courage. Evil tongues spoke of a lack of connection to reality, but is courage ever a wise attitude?

This is an example of a not so successful Mailmen mission. It got a bad start from the beginning when Lord Woolworth himself got obsessed with tracking the letter traffic between a German occultist and an American horror writer. The American used a rare line of stamps on his envelopes and this helped the Mailmen find the letters. Obviously Woolworth also started to collect the stamps. In the spring 1941 just three letters were left and there were a great chance of them showing up on the huge stamp collecting convention in New York. The Lord and a team showed up and with a maximum of luck (and help of a medium) they found all three letters within a few hours. Woolworth got hold of an office at the convention and put all the letters together. Finding out they formed some kind of spell Woolworth got eager to try it, thinking it would give him some kind of astral power. It did not. In fact it summoned a whole collection of poltergeists that quickly possessed a number of youths having a lecture about French animal stamps in the room next door. As poltergeists and stamps never are a good combination the convention ended in total havoc. Woolworth was in the end kicked out of the international stamp collecting committee. A great personal disaster for him.

Mission summary #2:
Excavations of Ur

The ancient city was party excavated by British and American archaeologists 1922–34. Despite trouble with the local authorities a much smaller British expedition was sent to Ur in 1939 and together with a warlord/hobby historian of Dhi Quar they did some further digging. In the ruins of an ancient Temple devoted to the moon goddess of Nanna there appeared to be all the stuff archaeologists dreamt of; cryptic symbols, curses and hints of lost knowledge. A number of strange occurrences (raining blood, eclipse of the sun, seven mysterious deaths and an American scientist admitting to be wrong) spurred them further. All these goodies obviously got the attention of other and mostly unwanted elements. I did not take long time until a bunch of French and Swiss scientists showed up along with a team from the Vatican who claimed the apocalypse would be at hand if diggings were not stopped. At this time the Mailmen joined the fray as self proclaimed guardians of British interests. They managed to expel the Swiss and the Popes henchmen as well as a minor demon. After a year of digging, intriguing and exorcising events turned the French allies into enemies. And after the accidental but mortal shooting of a French historian a team of Foreign Legionnaires raided the digging site and manages to blow up part of the exposed temple. Diggings still went on until mid September, when a number of Bedouins sneaked in to the camp and held a ceremony which led to the total collapse of the ruins. The same night a huge pack of hyenas attacked the site, the attack was fended off with surprisingly severe losses including the warlord. The team then packed their bags with ancient artefacts and left for Bagdad. Their ship was sunk by a German U-boat outside of Africa, all passengers survived but the gods was lost forever.

The rehearsal of the play “Demons of Middleton” was plagued by strange deaths, many cases of insanity and paranormal incidents. A team of Mailmen was send to the theatre to investigate. The team met a chaotic setting were the director/producers, Sean Tennant, were fighting desperately to save his project. The play was written by a depressed young genius who killed himself right after finishing the script. As Tennant was the young artist’s lover he had swore to put the play on stage. After some snooping and digging the team found out that the play was actually a ritual designed to bring down a flock of low common Fallen. As the rehearsal proceeded more and more of the actors started to get possessed. Finally the team decided to stop the play and have a talk to the whole crew, this ended up with one member of the team being lynched, while the others had to shoot their way out of the theatre. During the struggle a fire broke out and the Onyx burnt to the ground. Sean Tennant disappeared and a few months later he showed up in Berlin where his play was set up. It was not a great success and the day after premier he was sent to a concentration camp. Once there he somehow managed to put on the play again, causing a great escape that actually saved the lives of over a hundred people. Tennant later set his play up in both Soviet and Argentina, always with the same terrible result. 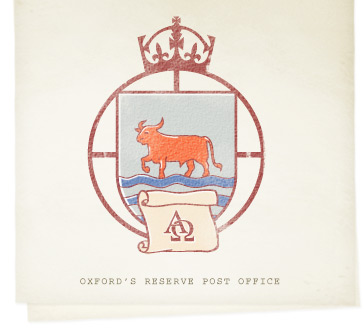