The Rams headquarter is located at Colonel McGregor’s own castle at St Abb’s Head. On his mountainous coastal grounds the members are constantly drilled in commando like warfare. The isolated locations made for a more relaxed and not so secret environment. The Rams differs a lot from the other companies as they are much more warlike. Their operations are usually best described as raids rather than undercover missions.

As the war dragged on the Rams got more and more into their specialization and after 1942 they become more or less the military arm off Operation: Fallen Reich. They also lent their services to other companies. When extra firepower or a group of daredevils who would volunteer to storm a bunker on top off a steep cliff is needed the Rams are the company to call. As they expanded into the by far largest company they also set up a number of rescue teams, who could be sent in to save other OFR-teams in distress. This made the Rams very popular amongst other OFR agents, but their actual rescue track record was somewhat fuzzy. An agent code named “Miss Daisy” once commented:

“Things were bad before they came. But the arrival of the six males armed with machineguns, grenades and a huge amount of testosterone turned an unpleasant situation into hell.”

The man behind Rambouillet Owners Guild was a legend in his old regiment the Royal Dragons. He is said to be the first British to get German blood on his sable as his cavalry troop charged German Cuirassiers in 1914, just after the expeditionary force had arrived in Belgium. He went through the war in the same way and apparently enjoying every second of it. Despite being injured at least ten times he never got any serious wounds and only spent one night in a hospital bed and that was just because he was visiting a dying college. After four years of fun on many different battle fields, the war ended just before he could kill his 100th German. The colonel went into a mild depression (cured with heavy drinking) which lasted until he got the opportunity to join the ranks of OFR. McGregor has many things going for him, he knows a lot about warfare, especially the sneaky guerrilla tactics he used in the trenches, and he also cares for his men and is a charismatic leader. But despite this, the fact is that anybody who actually enjoyed trench warfare is not in his right senses.

While the Rams sometimes did classical investigation missions, their heart belonged to the more action oriented projects. If they could get the chance they preferred to storm though the blood soaked sand of a shelled landing beach, sneak through barbed wire fences or blast any type of construction into small pieces. As they also preferred heavy fire power before dressing up or pretending, the Rams often approached their missions more directly than most other companies.

There where persistent rumours about telepathic links between psychics on submarines and the other at shore. A very odd old man were amongst the crew on a submarine caught in June, his mental health declined on his way back to England and was declared completely catatonic as he reached interrogators. The captain was also quiet about his passenger, but a few members of the crew spilled the beans and claimed he was some kind of communications technician. They were supposed to kill him before they let British on board but they liked the man and hid him instead.

It was later discovered that a number of strange German civilians were being active at Lofoten Island off the Norwegian coast. A raid on the island was mounted and a large party from the Rams was present to get their hands on the psychics. After intense fighting the 7 psychics were located, but only two was captured alive. Three others took their lives and two blown up by a hand grenade tossed by McGregor himself. Of the two captives one felt into the same catatonic state as the old man on the submarine, but the second proved to be a very valuable asset.

The Saint Mary estate was the scene of a strange drama during the German occupation of the Jersey Islands. A number of relatives had a clash with the unknown in the house. The Germans was very interested in the house and went through it very carefully, yet the house still had a magnetic effect on one off the O:FR-companies, the Wales Angelica Brass band. They sought ways of reaching the house and unlocking it’s secrete. After a failed attempt to send a team in by fishing boat that got shot to pieces by an E-boat they asked for the Rams assistance. They worked out a nice clandestine plan involving a torpedo boat and rubber rafts.

Two weeks later a team of four Band members waded ashore escorted by six heavily armed Rams. Initially the firepower made little difference as the team encountered no Germans but instead some kind of astral being that drove a few of the team members crazy. The being was finally exorcised, but by then a curios German patrol showed up and tried to cross the shallow waters that separated the estate from land during high waters. They were promptly gunned down by the Rams and a full scale battle erupted. The two last sane Band members fled on a rubber raft, while the surviving Rams covered the retreat with machineguns and grenades.The battle set the house on fire and all Rams was written off as casualties.

Strangely a year later one of the Rams reported as dead was gunned down by military police after brutal rape in Hastings. He was bearded and longhaired and there is no clue how he survived or got to Hastings.

One of the Rams strangest missions was the dispelling of the crocodile demon of Ammit Chen. In early 1942 a small number of Rams and Poacher (Big Game Travel Agency) agents were sent to India to form O:FR companies there. As the Japanese stormed into Burma, it was discovered that they too had a highly occult agenda. It was not long until the action minded Rams got restless with the organizing, but they soon found a worthy mission.

Troops building defenses by the river of Sittang was plagued by a number of strange crocodile attacks, a very large specimen had killed many soldiers and seemed almost indestructible. It had been hit several times by rifles and even machineguns but always reappeared. The Rams tracked the beast to an underground network set next to a village who's inhabitants was members of an ancient crocodile cult.

After a firefight with the villagers and a terrifying close encounter with the monster, a trap was set. The beast swallowed a cow packed with explosives and a remote detonator. However the detonator jammed and the infuriated croc swam to the bridge to kill more soldiers. Unfortunately but not surprisingly the troops open up with all their guns as the monster attacked a number of wounded who sheltered from the sun under the bridge. Finally a 20 mm AA-round hit the croc and detonated the explosives. The monster disintegrated together with the bridge which just had been rigged by explosives. With the bridge gone two brigades got cut off and Rangoon could not be defended. The demon was exorcised by a priest belonging to the Rams. The whole team then discreetly left the scene and went on a long mission to Tibet. 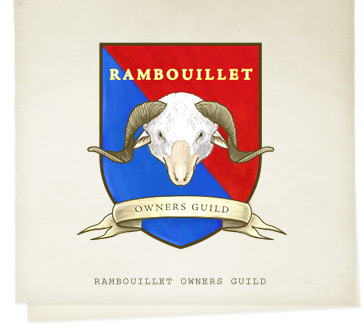